ENGLISH in the Classroom Scenario

School Based-Feeding Program in all public elementary schools started way back in SY 2013-2014. The goal of the program evolved “to rehabilitate severely wasted children to normal nutritional status and improve their classroom attendance”.
When the Masbate City Division Office called for an orientation on the implementation of this program to School Heads, BAC Chairman and Bookkeeper, there were mixed responses from the attendees. Some were negatives and some were positives. Negative because of an additional workload for us teachers and positive in a way that our pupils will benefit from it. Being the school nutrition coordinator and the BAC chairman serving for three years at that time and as the grade IV adviser I was able to witness and been aware of the struggle in life of our pupils. There were times they will report in the morning classes and will be absent in the afternoon because of they don’t have a “baon” for their lunch, leaving them no choice but go home and not come for afternoon session for reason of distance that they need to travel by mere walking. That’s why, I’ve been delighted when I attended the orientation and knowing that our pupils will be possible recipients of this program. However, it also came to our mind that during preparations we will be doing, the additional bulk of work- in a school with a limited number of teachers. There is doubt in us if we will be able to implement the program for 120 days. Reading the menu of which the names are new to us. Can we really handle this? This are just few questions that lingered in our mind as we started the SBFP. As the journey started, Ms. Loida C. Valenzuela, the School Head that time, did her best and was able to put up the SBFP Center, constructed with the help of our pupil’s parents, stakeholders, and school fund. In fact, N. Danao ES were the very first school in the City Division that establishes a Center. Sixty-Nine (69) Beneficiaries were identified through the height and weight results conducted by the School Nutrition Coordinator. This are the severely wasted and wasted pupils. Parents, Stakeholders, Teachers and Barangay Officials were invited for the orientation. Complementary programs were also established which includes Deworming, Waste Management, intensifying the Gulayan sa Paaralan as food basket of the program, home gardening and health monitoring. All of it should be documented. The first year of the program has been a roller coaster for us, from the procurement, preparation, cooking at the same time having our classes, and finally for the liquidation and not to mention the other ancillary work we have. It’s been a whirlwind activity for the entire school year.
On the second year of implementation, there were changes in the approach as we intensify the involvement of the parents of identified recipient especially in the preparation of food. Same manner with the other involvement of the complementary programs so as with the following years. We retain the best practices and change the not so applicable approach. One best thing we had that I can assure that SBFP is effective its because of every end of the year upon conducting the post weighing activity and the pre- weighing upon the following year the results showed a decreasing number of SW and Wasted. Good behavior and correct table manners were adopted by the pupils.
In year 2017 the City Division conducted Search for Outstanding Implementer for School-Based Feeding Program and all the hardship, patience, sweats paid off. Nicolas Danao ranked FIRST out of 34 elementary schools within the city division. But the journey did not end there. As awarded the winner, we were automatically the entry for the regional search and this is where the real hardships appeared. Preparations of the documents and the physical aspect of the school were intense. Sleepless nights, overtime, criticisms both constructive and negative, tears and heartaches, we’ve been through. The best part of it, I can say is the experience, it honed me to become more tough and be the best as I can for our pupils and for our school Nicolas Danao Elementary School.
So, I believe in the quote “One cannot think well, love well, sleep well, if one has not dined well”. Thank you, Department of Education and the government, for providing food to our needy pupils.

Published and owned by: 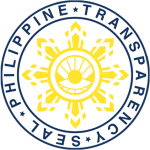